Sly Cooper is a master at the art of staying hidden because it’s been a small eternity since we’ve seen him. The ringtail had a small cameo in Playstation All-Stars Battle Royale (may it rest in peace), but 2005 marked the last named entry in the series. After beautifully handling the Sly HD Collection, Sanzaru Games was given the reigns to the series to resurrect for the PS3 in the form of Sly Cooper: Thieves in Time. Sanzaru Games has mostly accomplished their mission in faithfully continuing the journey of Sly and the gang, even if it was a little too faithful.

END_OF_DOCUMENT_TOKEN_TO_BE_REPLACED 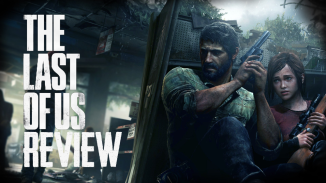 Naughty Dog has gradually ascended the ladder of seriousness. From the slapstick Crash Bandicoot to the wavering tones of Jak and finally to Uncharted‘s witty atmosphere, the coveted developer has slowly but surely injected a more mature tone, although maintaining a mostly lighthearted ambiance. Naughty Dog’s newest release, The Last of Us, is a natural tonal progression for the team, subbing in a wise-cracking treasure hunter for a desolate fungus-driven apocalypse. The tone is grim and the subject matter is admittedly worn, but through sublime design, impeccable storytelling, dramatic acting, and open-ending gameplay mechanics, Naughty Dog has expertly crafted one of the greatest, most emotional rides in all of gaming.

END_OF_DOCUMENT_TOKEN_TO_BE_REPLACED

Raiding tombs hasn’t been as profitable as of late especially when compared to years past. Lara Croft’s erratic quality and draining relevance has led to her valued name to gain tarnish over the multiple console cycles. As if that wasn’t enough, the Uncharted series single-handedly stole the spotlight from Lara, leaving the teacher as the one getting schooled. To stay relevant, the Tomb Raider series has undergone a reboot. Simply named Tomb Raider, Lara has returned but with a completely different atmosphere. Having no prior field experience and lacking her signature dual pistols, this reinvented Lara must survive on a hostile island in a game that doesn’t completely nail any one aspect, but does enough right in each area to yield satisfaction.
END_OF_DOCUMENT_TOKEN_TO_BE_REPLACED

I did not grow up in the 1980s, nor was I even alive for a nanosecond of it. Michael Jackson, Ronald Reagan, and cocaine were all legendary aspects of that era that I’ve only grown to hear about in my later years (with cocaine being the only survivor). Such is not the story for the creators of Far Cry 3: Blood Dragon, a downloadable standalone title loosely based on 2012’s spectacular Far Cry 3. Taking Far Cry 3‘s winning first-person shooter formula and letting it soak in a radioactive 1980s cesspool, Blood Dragon pays wonderful homage to this coveted decade along with neatly mixing a level of oft-requested stupidity and open-ended, play-however-you-want gameplay.

END_OF_DOCUMENT_TOKEN_TO_BE_REPLACED

On the nerd Venn diagram, the overlap of Mortal Kombat and comic books is pretty significant. Well aware of this fact, developer NetherRealm attempted to combine to two ideas for 2009’s Mortal Kombat Vs. DC. Finding a lukewarm reception between gamers and critics, NetherRealm stuck to what they knew best and created 2011’s incredibly violent and spectacular Mortal Kombat reboot. This split didn’t leave DC completely out to die though. Instead, it led to Injustice: Gods Among Us, their new fighting game significantly lacking in fatalities and people named Sub-Zero. Stepping back in over the top violence but subbing in a more popular universe, NetherRealm has crafted a fighting game stepping far enough into familiar territory but carving out enough of its own path to become worthy for any fighting game enthusiast.

END_OF_DOCUMENT_TOKEN_TO_BE_REPLACED

On premise alone, Assassin’s Creed has always been a wonderful, thought-provoking franchise. Time travelling through history to stab historical icons has always been as fun as it has been creative, letting players enact orchestrated assassinations in worlds only seen in history text books. Assassin’s Creed III captured that fantasy well too, but the series has never dabbled in alternate history which is, again, a premise worthy of interest.

Ubisoft went pseudo-Undead Nightmare and announced a trilogy of downloadable episodes starring the evil reign of a King Washington in an evil, lethargic slouch. Rather than be another DLC pack filled with just more levels, the alternate take on a such an intriguing topic was a ballsy move, one that only could improve on a killer foundation that Assassin’s Creed III set. However, that is what one would think if the appropriate amount of manpower was poured into this episodic downloadable expansion. The Tyranny of King Washington is about as half-assed as you can get, overcharging players for such a skimpy, barely interesting set of missions.
END_OF_DOCUMENT_TOKEN_TO_BE_REPLACED 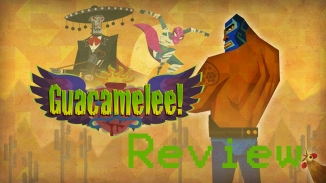 The impact of Nintendo’s iconic franchises is undeniable when gazing into the gaming hemisphere. Mario and Link’s imprint is still visible in almost every release, but Metroid‘s impression was nearly abandoned as technology progressed. You know the classic Metroidvania formula: your character starts from zero, builds up powers in a gradual fashion, and then opens up new pathways within a 2D platforming world. Guacamelee! shoves its way onto the Playstation 3 and Vita, resurrecting the timeless Metroidvania blueprint in its luchador-enamored world. Although such a shorthand description sells the game drastically short; Guacamelee! is brilliant homage that offers an ingenious mix of old and new ideas.
END_OF_DOCUMENT_TOKEN_TO_BE_REPLACED

Dante’s adventure in the slick, flashy, and downright gorgeous DmC Devil May Cry was an experience that completely reinvigorated the entire franchise. As awesome as Dante is, he is only half of the Nephilim lineage. Like Devil May Cry 3, we got to see glimpses of his twin brother Vergil but never got to play the other Son of Sparda until the expected re-release hit store shelves. DmC has a similar plan, but with much less waiting. Vergil’s Downfall comes to downloadable services for an odd price of $9 and even though Vergil isn’t as flexible as Dante, the blue-tinted brother is still a blast to play as.
END_OF_DOCUMENT_TOKEN_TO_BE_REPLACED

God of War is essentially the perfect video game trilogy. The original God of War exploded onto the scene and forever changed action games, bringing a fast, brutal take on Greek mythology wrapped up in a compelling personal story. The sequel maintained this sturdy foundation, streamlined it, and simultaneously raised the bar and the stakes in almost every department. God of War III took these stakes established in God of War II, jacked them up to the stratosphere, and closed out the series in the most satisfying way possible. Concerning both the narrative and the gameplay, this trilogy refined mechanics and escalated the story in such a fantastic, well-paced method, mercilessly forcing it within the most memorable in gaming’s franchises.

From the climax that was God of War III, it’s only natural to wonder where to go from the literal top of Mount Olympus. God of War: Ascension aims to answer this with the most prequel-y of prequels, predating every other God of War title. Kratos is still a man, one enslaved for his past mistakes and Ascension attempts to tell the story of this particular side of Kratos. Even though it bears the prestigious God of War name, Ascension feels like a generic, halfway competent competitor rather than one of the founding fathers of the hack and slash genre.
END_OF_DOCUMENT_TOKEN_TO_BE_REPLACED

Blame the long generation or aversion to new IP, but trilogies have been one of the popular trends within these past few years. We’ve even seen trilogies within trilogies. The third time is rarely the charm in video games, since the mechanics have usually been refined and nearly perfected in the sequel and basically repeated for the final chapter. Although surprise isn’t par for the course for the trilogy-ending installment, these games are usually well-made, if maybe lateral steps considering the whole franchise. Crysis 3 does give a sense of surprise, but in the opposite of Crytek’s intention. Aside from the multiplayer, Crysis 3 fails to add any spice to the formula while simultaneously stepping back in a few key ways.
END_OF_DOCUMENT_TOKEN_TO_BE_REPLACED